Donald Trump, previously the president of the United States, had turned out as an anti-Muslim Islam leader. Many analysts and commentators defined how his disparaging acts and statements against Islam had built political polarization among people.

Moreover, examining his recent tweets gives an idea of how he uses language to construct an islamophobic society. According to the researchers, his Islamophobic acts describe how he attempted to create structural and ideological differences.

Later, this article will focus on how Donald Trump used social media to spread his thoughts. It will also state the reactions of American Muslims and how online Quran teachers can help to improve Islam’s image worldwide.

There are numerous incidents where Trump presented himself as an anti-Muslim bigot. Since he was a president, his words impacted the personality and thoughts of the people all around the United States.

In 2011 & 2012, Trump stated that President Barack Obama was secretly a Muslim. Moreover, in September 2015, Trump nodded when a supporter said that a problem in this country is Muslims.

Later in November 2015, Trump said that we must observe the mosques closely. Four days later, he said I am creating a database to track Muslim activities. After two days, he stated that thousands of Muslims cheered the World Trade Center’s incident on September 11, 2011.

And above all, the most egregious statement came from Trump on December 7, 2015. He said to ban all Muslims from entering the United States. After 3 days, he said the United Kingdom is trying to eliminate the massive Muslim problem. Later on March 9, 2016, he said Islam hates us. Though, Tajweed for beginners and adults does not have such lessons.

There are numerous times when Donald Trump took social media to spread hatred for Muslims and Islam. He tried to associate all the terrorist attacks and violence issues with Islam. He always hired bigots to support his thoughts and spread massacres.

The Reaction of American Muslims to Trump’s Thoughts 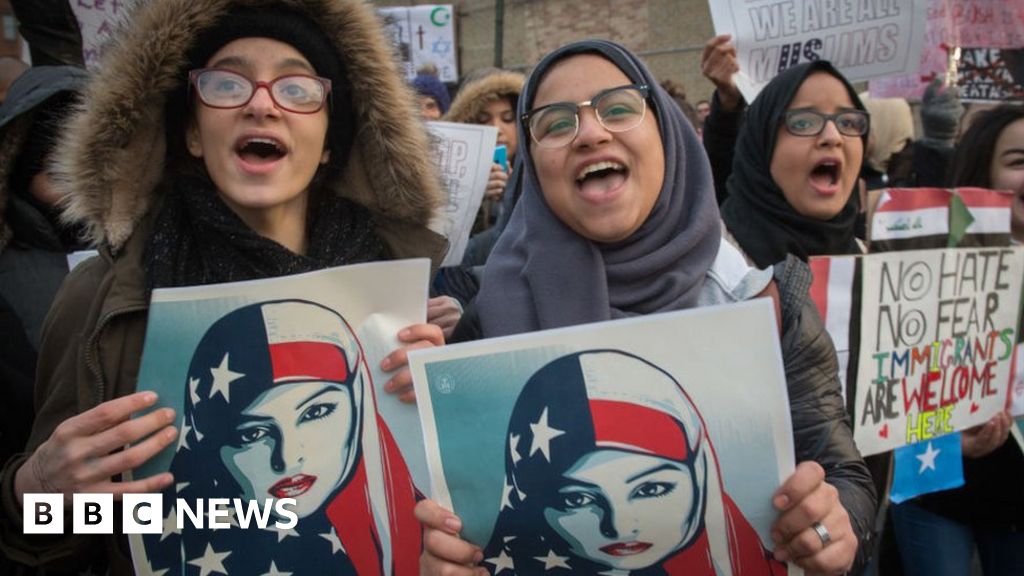 With the increase of the statements by Trump against Muslims, American Muslims are concerned about their future. Most American Muslims are not satisfied with how the country is progressing and where they are heading. It was the opposite of the thoughts they listened to in 2011.

Most Muslims do not support Trump’s party because of his thoughts and statements about Muslims. 68% of Muslims in the United States that they are worried. However, only 26% of Muslims say that they are hopeful.

According to the American Muslims, there is a difference in thoughts in Trump compared to the other leaders. Regardless of whether they belong to Democrats or Republicans. Furthermore, there’s a lack of politeness and leadership. His tone is divisive.

Subsequently, some Muslims think he can make informed decisions as an engineer and a successful business. But when it comes to his role as a politician, he lacks the tendency to be fair with Muslims.

The statements have spreaded hatred for Muslims globally. With the proper Islamic study online and Quran online classes, it can be possible to spread the right message of Allah. It can help to explain to people that Islam is a religion of peace and spreading love to humankind.